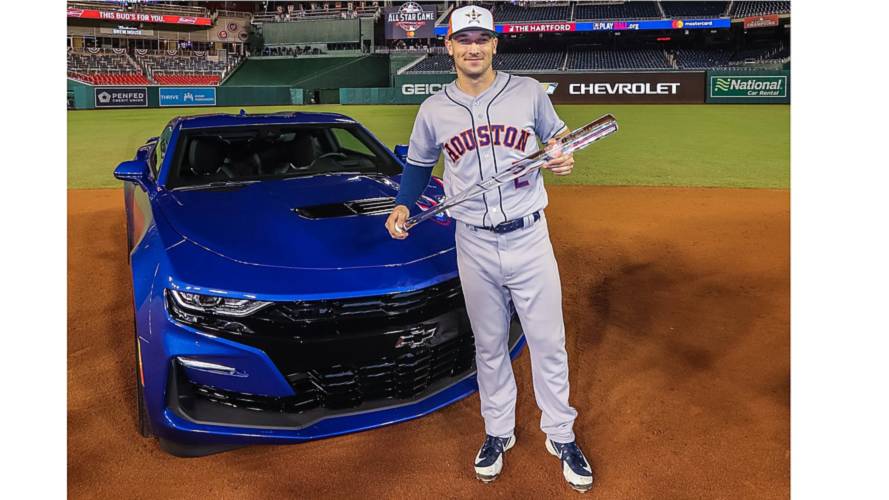 Chevrolet, the only brand to earn J.D. Power Dependability Awards for Cars, Trucks and SUVs three years in a row, gave the Houston Astros player his choice between the redesigned Camaro Coupe or the trail-ready Colorado ZR2.

This is Bregman’s first All-Star Game appearance and, in extra innings, hit the game-winning home run that led the American League to victory.

“Bregman set a great example for baseball fans and especially our kids by hustling hard for the entire game and demonstrating exceptional teamwork — essential qualities to win on the field, in the classroom and in life — and that is why Chevrolet is proud to present the MVP award,” said Brian Sweeney, U.S. vice president of Chevrolet.

Chevrolet has been the Official Vehicle of Major League Baseball® since 2005 and an Official Partner of PLAY BALL, MLB’s collective effort to encourage young people to participate in baseball- and softball-related activities, since the program began in 2015. Through its Chevrolet Youth Baseball program in partnership with its dealers, Chevrolet has donated more than 150,000 equipment kits, raised more than $36 million, offered more than 1,800 free skills clinics to the public and impacted more than 7 million boys and girls across the U.S.

“At Chevrolet, we appreciate the positive effect that playing sports has on our kids, and that is why it is so important for our brand and our dealers to support baseball at every level,” said Sweeney.

The 2019 Camaro’s updated designs are not only striking but also help improve performance. For instance, the grille details and hood and fascia vents were designed for optimized air flow, either to cool components or help minimize drag or lift. Camaro designers follow the mantra that all elements must not only be beautiful but also enhance performance.