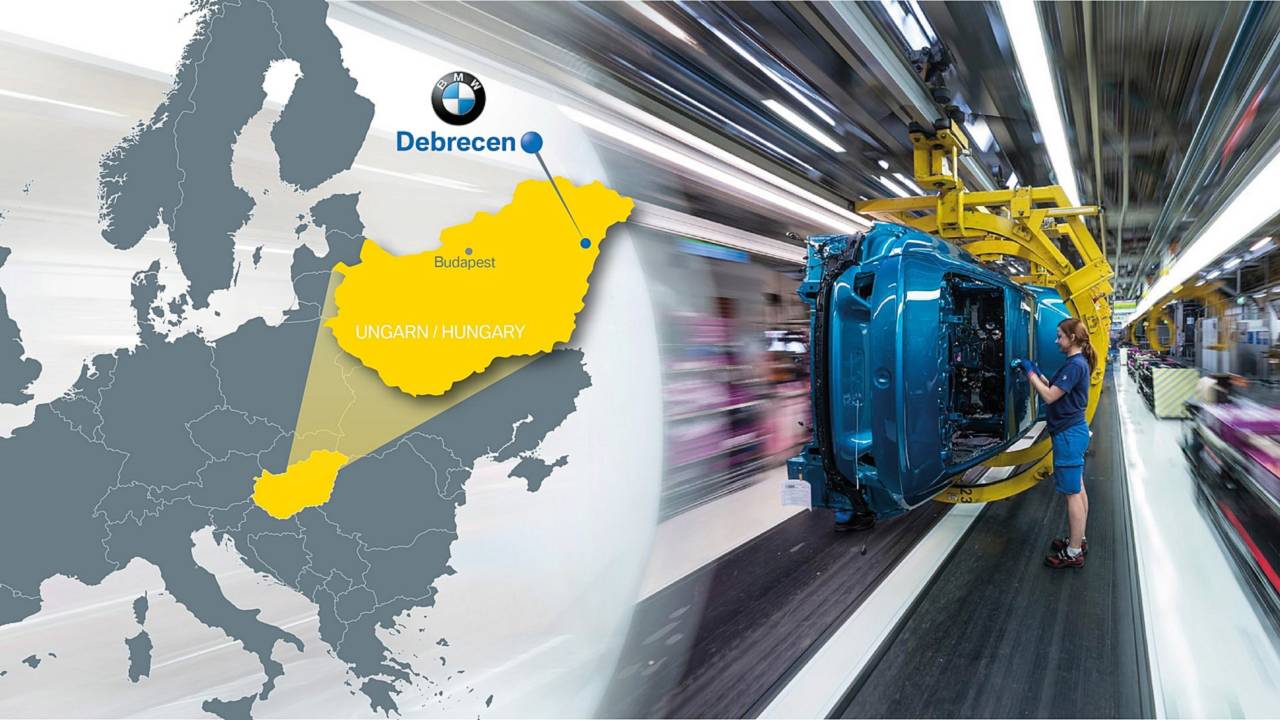 Munich. The BMW Group continues to expand its production network in Europe, with a new facility to be built in Hungary, close to the town of Debrecen. It will come at an investment of approximately €1 billion, offer capacity of up to 150,000 units a year and create over 1,000 new jobs.

“The BMW Group’s decision to build this new plant reaffirms our perspective for global growth. After significant investments in China, Mexico and the USA, we are now strengthening our activities in Europe to maintain a worldwide balance of production between Asia, America and our home continent,” said Harald Krüger, Chairman of the BMW AG Board of Management. “Europe is the BMW Group’s largest production location. In 2018 alone we are investing more than €1 billion in our German sites to upgrade and prepare them for electric mobility.”

Oliver Zipse, BMW AG Board Member for Production, added: “In the future, every BMW Group plant in Europe will be equipped to produce electrified as well as conventional vehicles. Our new plant in Hungary will also be able to manufacture both combustion and electrified BMW models – all on a single production line. It will bring greater capacity to our worldwide production network. When production commences, the plant will set new standards in flexibility, digitalisation and productivity.”

Europe is the most important market for the BMW Group. In 2017 it accounted for almost 45 percent of all vehicle sales, with 1.1 million units sold. Up to the end of June 2018, the BMW Group grew in many markets across the continent, with vehicle deliveries totalling more than 560,000 units – a year-on-year rise of 1.2 percent.

The latest decision to develop the production network follows the BMW Group’s strategic principle of balanced global growth and represents the next logical step in the implementation of BMW Group Strategy NUMBER ONE > NEXT.

Debrecen is the ideal place for the BMW Group to expand its production network. It was chosen primarily for its very good infrastructure, suitable logistics connections and proximity to the established supplier network. The qualified personnel in the local area were another key advantage. Besides the team at the plant itself, numerous jobs will be created with suppliers and service providers, both within the grounds of the new facility and across the local region.

The BMW Group has been operating a representative office in Hungary since 2004 and enjoys long-standing, positive relations with suppliers in the country. Last year materials and services worth €1.4 billion were purchased in Hungary.

The plant in Debrecen will set new standards in digitalisation, sustainability and flexibility. In addition, it will be a technology leader, with innovative solutions for automation, state-of-the-art assistance systems and flexible logistics applications. In keeping with the BMW Group’s principle of the highly flexible production system, the new facility will manufacture conventionally as well as electrically powered vehicles, all on a single production line.