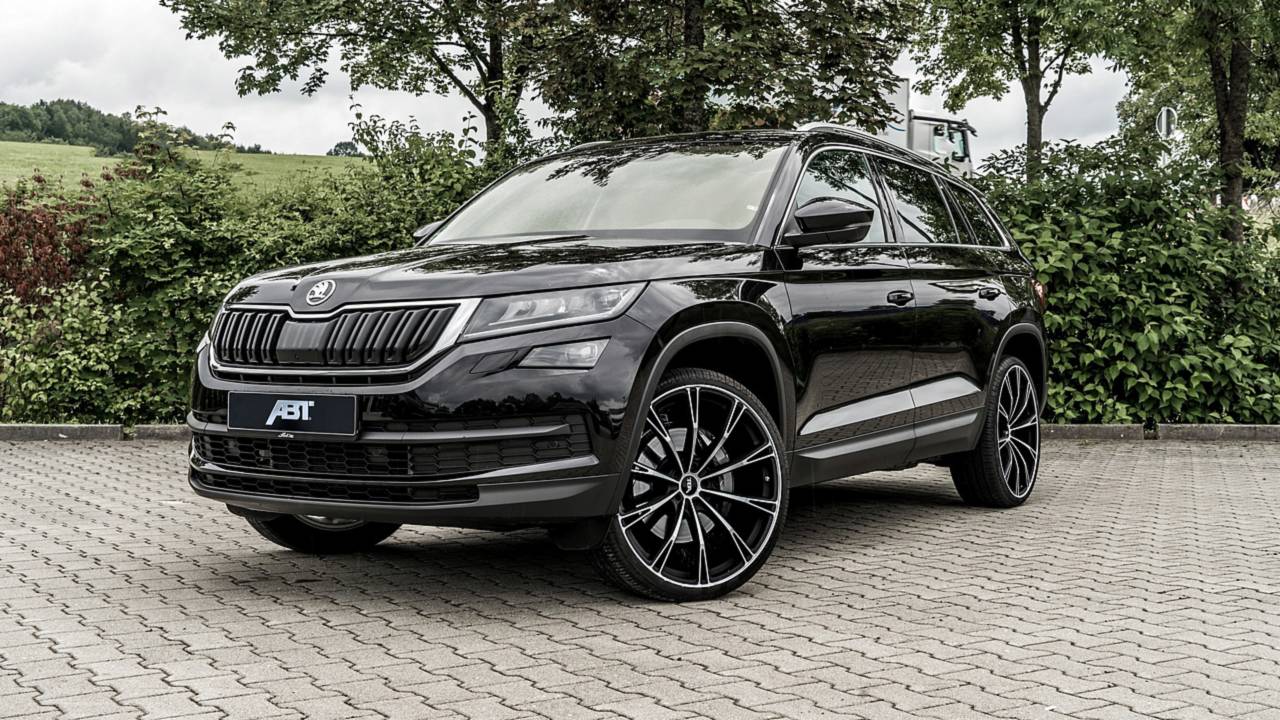 Галерея: Skoda Kodiaq by ABT

The Skoda Kodiaq has a lot in common with its namesake, the Kodiak brown bear – and not only its impressive size: With a little help from ABT Sportsline, the diesel and petrol engines now also become adequately powerful. That is because sporty drivers often wanted more than the production model offered. The ABT Engine Control (AEC) unit developed in-house by the Bavarian tuner provides the power boost.

Kodiak bears are not only strong animals, but also very attractive. The same goes for the Skoda of the very similar name. Instead of mighty paws, the car can be equipped with generously sized alloy wheels from ABT Sportsline, the world's largest tuner for vehicles from the Volkswagen and Audi Group. The models range from 18 to 21 inch with the designs DR,
ER-C, FR and GR. The alloy wheels differ not only in the design, but also offer different finishes in mystic black, matt black, glossy black or gun-metal. Some variants additionally feature diamond-polished areas for special contrasting effects. Some of these already include a wheel spacer set for a wider track. On request, ABT Sportsline also offers complete wheel sets which already include the appropriate high performance tires.