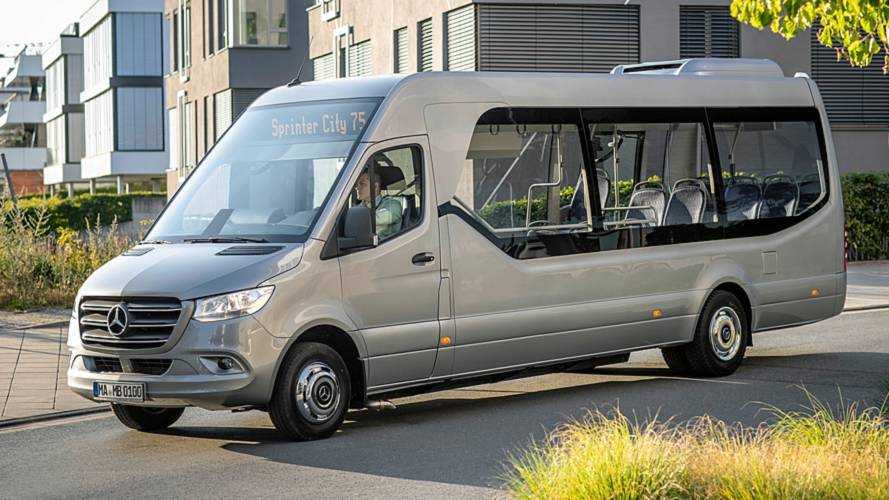 Stuttgart / Dortmund – Four model series, finally totalling over 20 models, one name: Mercedes‑Benz minibuses. The IAA International Motor Show for Commercial Vehicles in Hanover (20 - 27 September) will see the unveiling of the new minibus generation, which benefits from the advantages of the new Mercedes-Benz Sprinter while offering unique technology modules.

The new Mercedes‑Benz Sprinter forms the basis for an all-new generation of the successful minibuses bearing the three-pointed star. As before, they comprise the model series Sprinter City, Sprinter Transfer, Sprinter Mobility and Sprinter Travel. The names stand for operations in regular service, as a versatile shuttle bus, for transport of passengers with limited mobility, and for tourist transport.

A stand-out role is played here by the all-new Sprinter City 75 with its exclusive technology. At 8.5 metres long, this regular-service bus has seats for up to 38 passengers and features a unique frame structure. Concealed under its attractive body is some unique technology, such as a special long wheelbase of 5095 mm, which provides the basis for a spacious low-floor platform between the axles. This can be put to flexible use with tip-up seats, wheelchair and pram bays, seating with a quick-change securing system or as standing space. Just as important is the heavy-duty rear axle, developed and manufactured exclusively for the Mercedes‑Benz minibuses. Its greater load-carrying capacity of 5.0 t provides the basis for a permissible gross vehicle weight of 6.8 t. Alongside the new Sprinter City 75 is the somewhat more compact Sprinter City 45.

The model start-up of the new minibuses will be staggered and will reflect the availability of the Sprinter: it will start later this year with the Sprinter Transfer 23 and 35, the Sprinter Mobility 23 and the completely re-engineered Sprinter City 75. The rest of the models in these series will follow next year, as will all models of the Sprinter Travel. Once the model changeover is complete, by the autumn of 2019, the product range will comprise more than 20 left-hand-drive and right-hand-drive models.

The focus at the International Motor Show is on the new Sprinter City 75. With a length of 8.5 metres, it boasts an impressive size while closing the gap between the minibuses and the Mercedes-Benz Citaro. The vehicle on show is in "Silberstein Metallic". On the inside, the midibus is invitingly fitted out with "Gaya Wood Yellowstone" flooring, fully upholstered seats with "Imperial Blue” covers as well as "Evo Steel" vertical handrails with blue stop request buttons. The spacious low-floor area can be put to versatile use: a wheelchair bay is located behind the driver's area, complemented by two double seats as well as two folding seats each on the driver's and the door side. The rear is designed to accommodate another 12 "City Star Sprinter" seats.