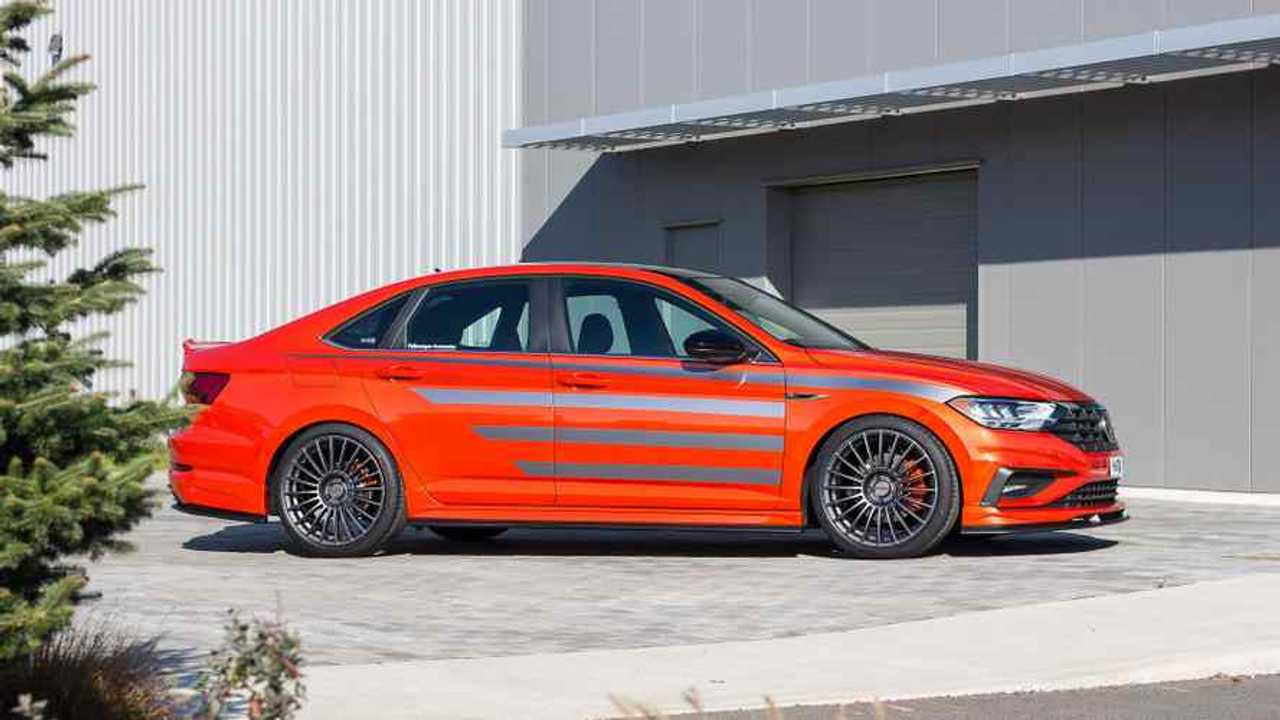 Volkswagen of America, Inc. is pleased to announce that the Volkswagen Jetta has been chosen by three top automotive builders and customizers as a platform to showcase parts, equipment and build potential at the Specialty Equipment Market Association (SEMA) Show® in Las Vegas, between October 30 and November 2.  The sedan’s large, more dynamic proportions have made it an appealing car to highlight both cosmetic and performance-based parts and accessories to attendees.

“Straight from the factory, the seventh-generation Jetta’s bold new design grabs people’s attention,” says Robert Gal, Senior Manager, Performance & Accessories, Volkswagen Sales & Marketing. “The fact that this group of top tuners and customizers chose it as a canvas for their offerings and creativity is further testament to its appeal."

The following Jetta builds will be on display from October 30th to November 2nd at various locations in and around the Las Vegas Convention Center, Las Vegas, Nevada.

Styling comes by way of an Air Design USA body kit, including a high-rise rear spoiler and Sticky Jewel graphics. A full suite of Volkswagen Accessories rounds out the build, including Comfort & Protection accessory MoJoMats® carpet floor mats & MuddyBuddy™ Trunk Liner, Bumperdillo® rear bumper protection, and pop-in sunshades. “The Jetta is a great car out of the box,” says Roland Graef, President, H&R Special Springs, LP. “This use of suspension, stance, bodywork and wheels only compliment the incredible appeal the car already has.”

“Air Design’s first styling kits were developed for the Jetta Mark 2 and Jetta Mark 3 and have been part of the Volkswagen Euro-tuning cult, with a legion of dedicated fans throughout the world,” states Mariana Lopez, PR and Social Media Manager for Air Design. “When the Jetta A7 arrived this year, we knew we had to make sure we developed a sporty styling package to be available for our customers.”

Volkswagen enthusiast Jamie Orr has a history of cutting-edge builds, and has now taken his talents to a White Silver Jetta S with six-speed manual transmission. Lowered on KW Clubsport coil-overs that feature remote  reservoirs and three-way adjustable damping, the aggressive stance highlights a set of 20-inch Work Emotion T5R 2P wheels. Wrapped in Delinte DS8 tires, the wheels make their world debut on the car, and showcase ECS Tuning brake rotors with Brembo six-piston calipers up front and Golf R calipers/carriers at the rear.

The Jetta’s aesthetics are further highlighted by an ECS Tuning 3D-printed prototype body kit, including a high-rise rear spoiler. Interior ambiance is enhanced by Black Forest Industries color-matched shift knob and boot, RECARO® A8 seats and rear seats reupholstered in houndstooth style material. “I've been a longtime fan of the Volkswagen Jetta, and have owned many, from the first generation onward,” says Orr. “This latest iteration has some really interesting and exciting design elements, which I was thrilled to try to highlight through this project.”