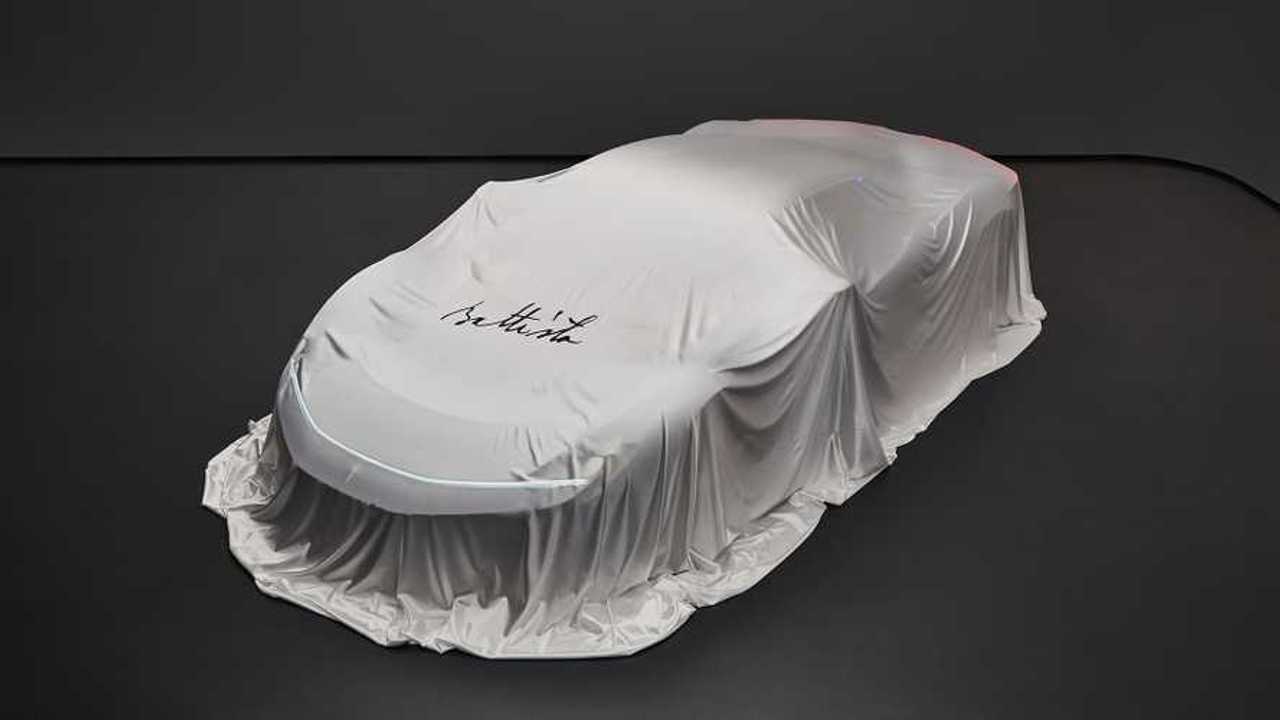 ˃  90 years after Battista founded Carrozzeria Pininfarina, the Battista will be launched as Italy’s most powerful and fastest car

˃  Battista will be the first model in Automobili Pininfarina’s portfolio of luxury electric vehicles, and will be revealed at the Geneva International Motor Show in March 2019

(Munich/Turin – 11th December 2018): Automobili Pininfarina today announces that the name of the first car in its luxury electric vehicle portfolio will be the Battista.

Named after Battista ‘Pinin’ Farina, the founder of the Carrozzeria Pininfarina coachbuilding company that he started in 1930, the all-electric hypercar will be designed and hand-built in very limited numbers at Pininfarina SpA under the watchful eye of Paulo Pininfarina, Battista’s grandson and current Pininfarina SpA Chairman.

Paolo Pininfarina shook hands with Michael Perschke, CEO, Automobili Pininfarina and Anand Mahindra, Mahindra & Mahindra Group Chairman, to confirm that the limited-edition hypercar would take his grandfather’s name and be the fastest and most powerful car ever designed and produced in Italy.

Paolo Pininfarina, Chairman, Pininfarina SpA, said: “This is genuinely a dream come true. My grandfather always had the vision that one day there would be a stand-alone range of Pininfarina- branded cars. This hypercar will boast world-beating performance, technological innovation and of course elegant styling. For me, we simply had to call it Battista. His dream becomes reality today as we link our glorious past with the future of motoring.”

In aiming to be the world’s first fully-electric luxury hypercar, extreme levels of technology and functional design lie beneath the Battista’s carbon fibre exterior, supporting the delivery of staggering performance for a road car. Power and torque equate to 1,900 bhp and 2,300 Nm respectively, meaning the Battista has the potential to accelerate to 62 mph in less than two seconds, faster than a Formula 1 car, and break the 250 mph top speed barrier – all with a potential zero emissions range of over 300 miles.

Automobili Pininfarina has made a series of announcements in recent weeks that underpin its ambitions to be the world’s most innovative, sustainable and desirable wholly-electric luxury performance car brand at launch in 2020:

-  A €20 million investment in a new partnership with Pininfarina SpA that underpins design, development and production of the Battista and the future range of Automobili Pininfarina cars at Pininfarina SpA headquarters in Cambiano near Turin

-  New leadership appointments across the business of automotive executives with significant experience in design, development, engineering and connectivity from brands such as Bugatti, McLaren, Pagani, Porsche and Volvo

No more than 150 Battistas will be available from late 2020 at a price estimated between US$2m and US$2.5m. 50 cars are currently allocated to the USA, 50 to Europe and 50 to the Middle East and Asia region.

Automobili Pininfarina was announced in Rome in April 2018 as the world’s newest car brand with an ambition to sustainably develop and produce fully-electric, ultra-luxury cars at the pinnacle of design and desirability in their respective segments.

The Munich-based company will offer a range of cars designed and hand-crafted by legendary Italian automotive styling house Pininfarina SpA. The first, an ultra-exclusive, luxury electric hypercar codenamed PF0, will be launched at the Geneva Motor Show in 2019, with production beginning in 2020.

Through its team of automotive experts drawn from leading luxury and supercar manufacturers, combined with the vision to collaborate with leading players in the world of electrification, connectivity and design, Automobili Pininfarina will deliver innovation in engineering, technology, aerodynamics and performance, wrapped in a beautiful skin.

Automobili Pininfarina’s Management Team was strengthened in September with the appointment of Christian Jung as Chief Technology Officer and Peter Tutzer as PF0 Senior Technical Advisor. Jung joins having risen through the ranks of BMW Group in Germany and the USA, and Porsche AG where he was Porsche’s Director for E-Mobility Systems Design and a leading part of the initial project lead team for the Mission E and additional electrification projects. Tutzer has more than 35 years’ experience in the automotive industry, beginning at Porsche, where he was ultimately appointed as Chief Engineer for the company’s race car programme. He then joined Pagani where he was responsible for the chassis, vehicle layout and packaging of the Pagani Zonda and then Bugatti where he played an integral role in the engineering and development of the Bugatti Veyron.

Kickstarted by winning all major Junior Championships such as F3 and F3000, Nick Heidfeld now has an accumulated experience of 20 years in top-level Motorsport. This includes a successful Formula One career spreading over 183 races, class wins at the famous 24h of Le Mans sportscar race and the unprecedented achievement of podium appearances in four different race categories at the illustrious Monaco Grand Prix. He has been part of the all-electric Formula E Championship since its inception and has helped Mahindra Racing grow into a winning team over the last three seasons, prior to confirming his role as an integral member of the Automobili Pininfarina team. He also holds the record for the fastest time up the legendary Goodwood Festival of Speed hill climb.

Extreme levels of technology and functional design lie beneath the PF0’s carbon fibre exterior, supporting the delivery of staggering performance for a road car. Power and torque equate to 1,900 bhp and 2,300 Nm respectively, meaning PF0 has the potential to accelerate to 62 mph in less than two seconds and break the 250 mph top speed barrier – all with a potential zero emissions range of over 300 miles.

Previously released images of the PF0 have presented a full carbon body that is curvaceous and sculptural, encased in sweeping glass. A single dynamic strip of light cascades from the front of the car and takes the place of traditional headlights. Inside the car, the cockpit is focused around a ‘vanishing point’ concept for the main dashboard display that will look unique and exciting, focusing the driver’s attention on the job in hand – a new definition of an intuitive, driver- centric layout.