The 2020 Subaru Legacy will make its grand debut at the Chicago Auto Show on February 7. The company teases the reveal by showing off the sedan's cabin, and things are very different in there compared to the current Legacy.

Unfortunately, Subaru's image is a little dark, so the version above is lighter to make the details a little easier to see. By far the biggest change is the portrait-oriented infotainment screen that dominates the center stack. The top of the display shows the media that's playing. Below it, there are nine icons to select, including for the map, radio, and phone. The HVAC system also has a digital display, but it appears to be a separate screen than for the infotainment. Physical buttons flank the setup, and they control the emergency lights, radio, defrosters, and temperature selection.

The center console features the gearshift, which has a far more angular design than the current one. Buttons are visible there, too, but the image doesn't make it clear what they are for. An aux jack and USB port presumably allow for connecting your phone to the infotainment system.

The display at the very top of the dashboard is a mystery at this point. There's nothing visible on it in this photo, but given the massive screen a few millimeters lower, there doesn't seem like much vital info to show in such a tiny area. 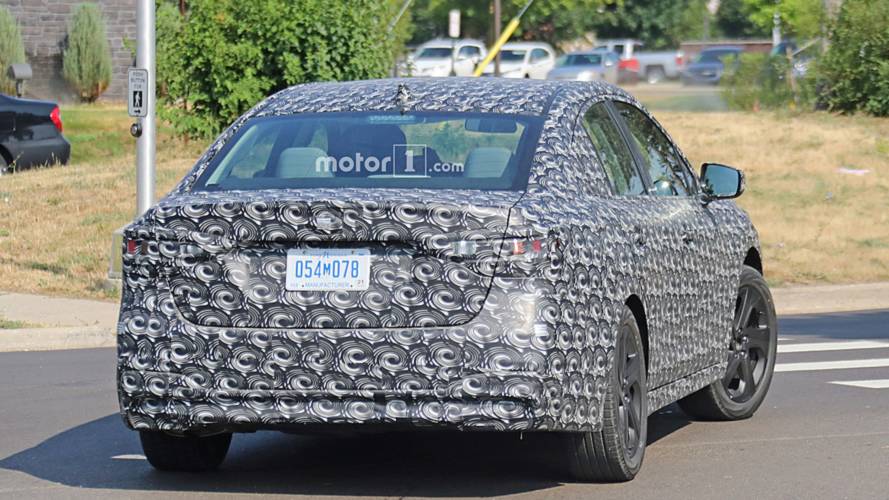 Spy shots (above) provide a hint at what to expect from the 2020 Legacy's exterior. The styling of an evolution of the current look but with a sleeker roofline.

Powertrain changes are a mystery. However, it seems likely that Subaru would offer the new 2.4-liter turbocharged flat-four engine from the Ascent in the Legacy. In the three-row crossover, the mill makes 260 horsepower and 277 pound-feet of torque.