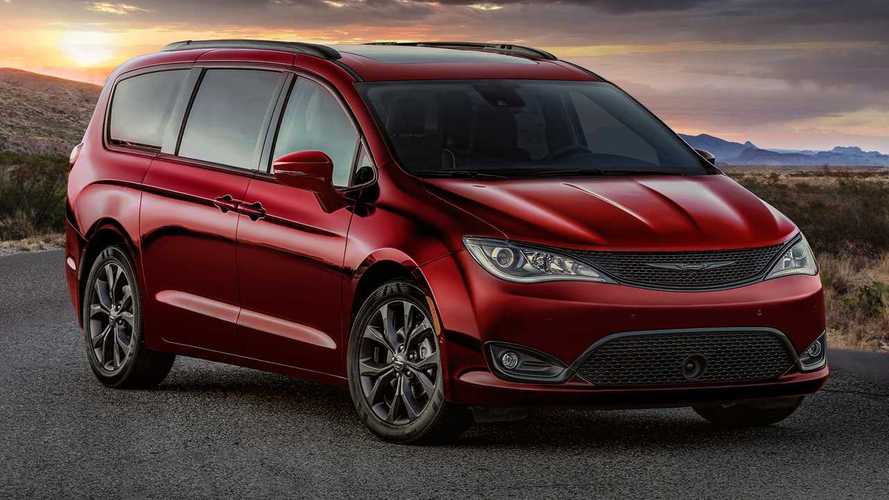 More Than 14.6 Million Families in the Fold: FCA US Celebrates Minivan Leadership With 35th

The company that created the minivan segment celebrates 35 years of minivan leadership this year
To mark this milestone, FCA US is offering 35th Anniversary editions, which feature new badging, an all-black interior with Cranberry Wine accent stitching and upgraded content on 2019 Chrysler Pacifica, Pacifica Hybrid and Dodge Grand Caravan models, available this summer
With more than 14.6 million minivans sold globally since 1983, FCA US tops the segment, selling twice as many minivans as any other manufacturer over the past 35 years, and remains the leader with 55 percent market share in 2018 – the highest ever attained
As the first company to introduce the minivan and through six generations of the vehicle, FCA US has
innovated 115 minivan-firsts – 37 of those innovations coming from the Chrysler Pacifica and Pacifica Hybrid
The S Appearance package can be added to any 35th Anniversary edition Pacifica or Pacifica Hybrid for an even sportier, blacked-out, customized exterior
The Pacifica and Pacifica Hybrid, the first and only hybrid minivan, deliver class-leading gasoline and hybrid powertrains to the minivan segment, with the hybrid offering more than 80 miles per gallon equivalent (MPGe) With more than 100 honors and accolades, the Chrysler Pacifica reinvents the minivan segment with an unprecedented level of functionality, versatility, technology and bold styling, earning its title as the most awarded minivan of the past three years

February 4, 2019 , Auburn Hills, Mich. - FCA US is celebrating the 35th anniversary of the minivan as the originator and leading innovator in the segment it created in 1984.

The first modern minivan rolled off the Windsor Assembly Plant line on Nov. 2, 1983, sparking a new segment of people movers that rose in popularity very quickly, transporting millions of moms, dads and kids, and becoming part of their families.

FCA US minivans are now appealing to a new generation. Kids who used to ride in the second row are now in the driver’s seat, making memories with families of their own.

With more than 14.6 million minivans sold globally since 1983, FCA US tops the segment, selling twice as many minivans as any other manufacturer over the past 35 years, and remains the leader with 55 percent market share in 2018 – the highest ever attained.

“We created the minivan segment, we’re proud of our place in it, and we will continue to innovate like we’ve done with the first hybrid minivan, industry-exclusive Stow ‘n Go seating, Uconnect Theater with 10-inch touchscreens in the second row and much more,” said Steve Beahm, Head of Passenger Car Brands, Dodge//SRT, Chrysler and FIAT – FCA North America. “More than 14.6 million families have created lasting memories in their minivans throughout the past 35 years, through home projects, road trips, soccer practice, you name it. There is no better way to commemorate the anniversary of the people mover that does it all, than by introducing an edition that offers even more value to today’s families.”

FCA US invented the modern minivan in 1984 with the Dodge Caravan and Plymouth Voyager. The first luxury minivan, the Chrysler Town & Country, debuted in 1989. The company still leads the way with the best, most innovative vehicle to move people and things – 115 minivan-first innovations and 14.6 million minivan sales later.
Through all six generations of the minivan, FCA US has continued to deliver versatility, functionality, safety and technology.

Celebrating its status as the most awarded minivan of the past three years, with more than 100 awards, the Pacifica revolutionizes the minivan segment by offering class-leading gasoline and hybrid powertrains and nearly 40 new minivan-first features.

The S Appearance package can be added to any 35th Anniversary edition Pacifica or Pacifica Hybrid for an even sportier, blacked-out, customized exterior.

Inside, an all-black interior features Cranberry Wine accent stitching on the seats, steering wheel and door trim, a Piano Black console and IP accent and a 35th Anniversary embroidered logo on the front floor mats.

The Chrysler Pacifica, Pacifica Hybrid and Dodge Grand Caravan are built at Windsor Assembly Plant in Windsor, Ontario, Canada. Orders open in the spring, with 35th Anniversary Editions arriving in dealerships this summer – just in time for family road trips.