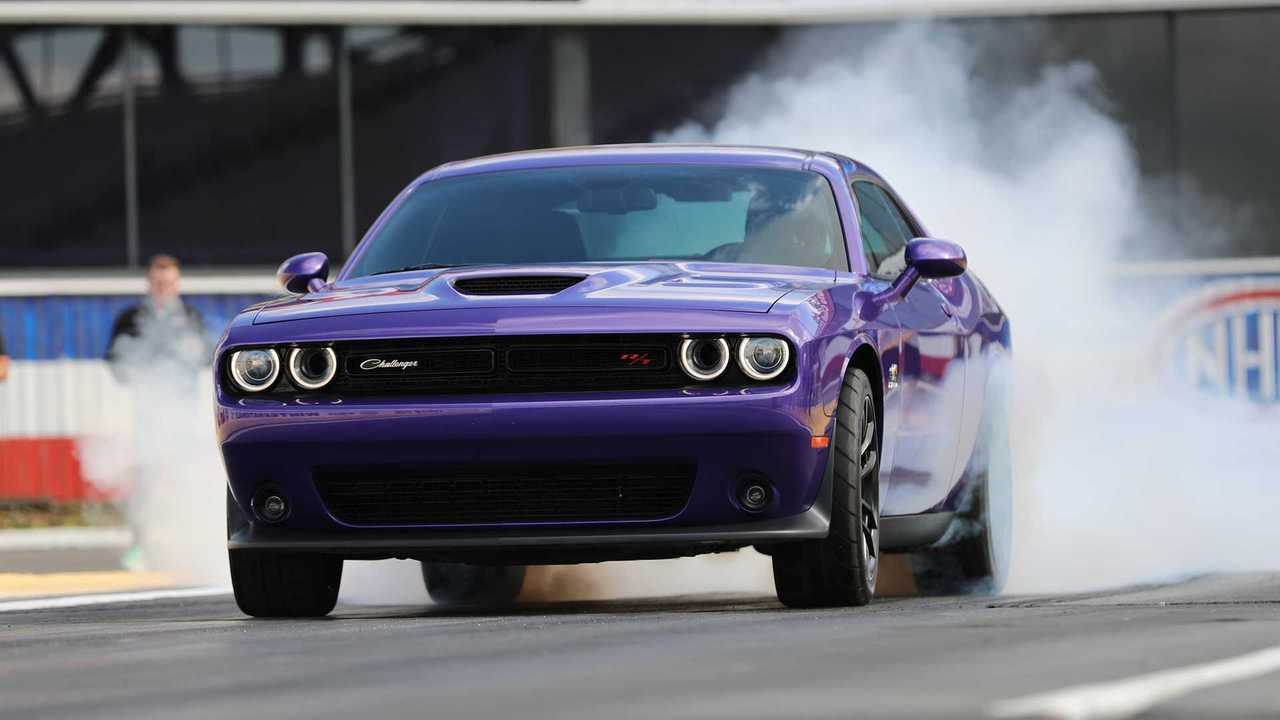 Named for the quarter-mile distance (1,320 feet), the Dodge Challenger R/T Scat Pack 1320 is powered by the 392 HEMI® V-8 engine that delivers 485 horsepower and 475 lb.-ft. of torque. With a quarter-mile elapsed time (E.T.) of 11.70 seconds at 115 miles per hour (mph), the showroom-stock Challenger R/T Scat Pack 1320 is the fastest naturally aspirated, street-legal muscle car available.

The Dodge Challenger R/T Scat Pack 1320 can be modified for competition in NHRA according to Stock and Super Stock class rules. The vehicle will feature a class weight break of 8.72 and carry a minimum weight of 3,400 lbs. Contestants intending to compete at an NHRA event must meet any and all rules and regulations for the category they intend to enter.

“With the new 2019 Dodge Challenger R/T Scat Pack 1320 hitting showrooms, we know it’s just a short time before the ‘Angry Bee’ is buzzing the quarter-mile in NHRA and NMCA competition,” said Steve Beahm, Head of Passenger Car Brands – Dodge, SRT, Chrysler and FIAT, FCA – North America. “The 1320 brings the drag racing technology we launched on the limited-production Demon and pairs it with the proven 392 HEMI engine to create a blank canvas for the serious grassroots drag racer who may have one car that needs to do double duty — both at the drag strip and on the street.”

The Challenger R/T Scat Pack 1320 can compete in the SS/FA class in Super Stock, but is also eligible for other specific classifications such as SS/EA or SS/GA. Grassroots NHRA Sportsman racers will have more flexibility and opportunities to compete and win in a variety of Stock and Super Stock categories by adjusting the NHRA minimum vehicle weight.

The Challenger R/T Scat Pack 1320 was first announced last year at the 2018 Dodge Mile-High NHRA Nationals near Denver. NHRA star and Dodge brand ambassador Leah Pritchett commemorated the vehicle’s unveiling by carrying a special “Angry Bee”-themed paint scheme on her Top Fuel dragster, which she drove all the way to the event win.

The Challenger R/T Scat Pack 1320 is also approved to race without modification in National Muscle Car Association (NMCA) events, making it a true street/strip vehicle. NMCA features both heads-up and bracket racing, one of the most popular forms of drag racing.

Dodge is making it easy for Dodge Challenger R/T Scat Pack 1320 owners to spend a day at the races. Owners will receive complimentary, one-year memberships in the NHRA and NMCA for the 2019 season.

Vehicle ownership will be verified by calling the SRT Concierge (1-800-998-1110) for memberships to be activated. NHRA membership benefits include:

Dodge also recently launched the all-new 1320 Club, which gives members the opportunity to show off their official drag strip accomplishments with pride and challenge themselves and fellow racers to best their times to earn a top spot on either the Stock or Modified 1320 Club Leaderboard. The 1320 Club lives on Dodge Garage, the brand’s digital content hub for racing and car enthusiasts.