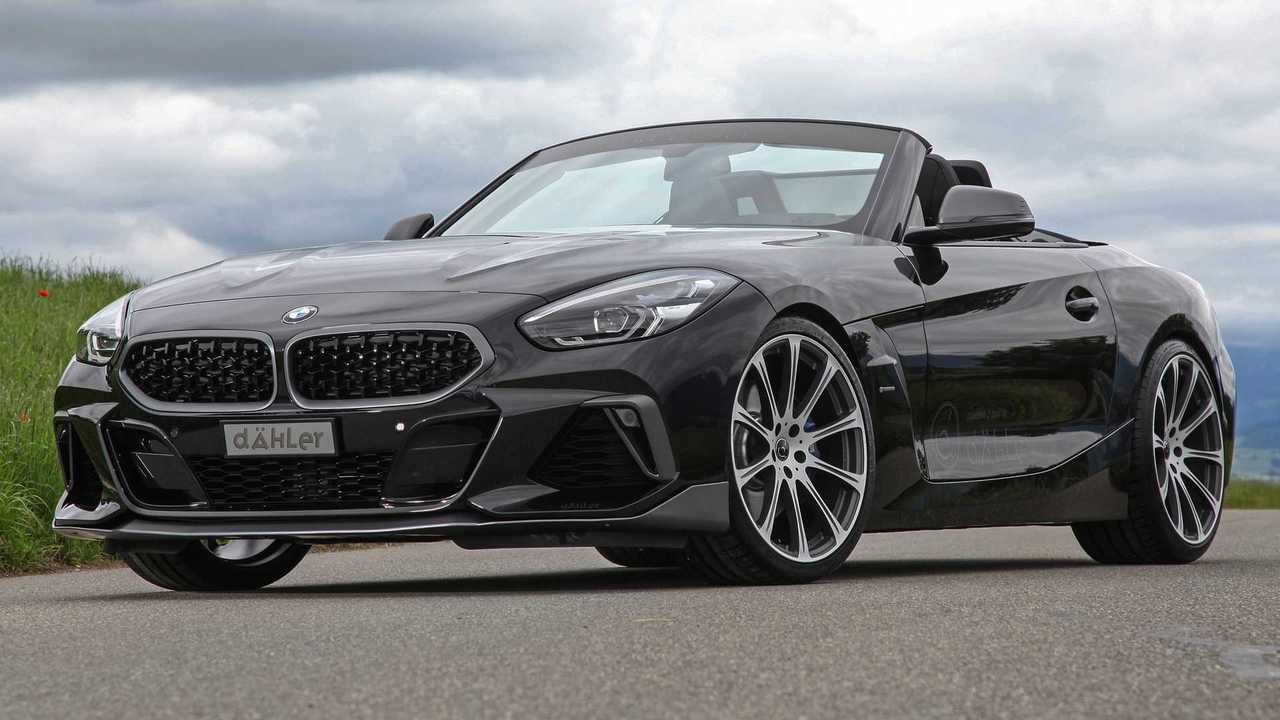 The eagerly yearned new Z4 Roadster is finally here and now earns the predicate "sporty". And after the performance and optimization treatment by Dähler, the predicate "sports car" is well deserved, too. The new roadster, which has been comprehensively redesigned and improved by Dähler Competition Line AG from Belp near Bern in Switzerland, is now available as a Z4 M40i "DÄHLer competition line" in order to hop in and drive off!

Roadster rides are a true pleasure – no matter with the roof open or closed. A fascination of a very special kind and the continuation of a long tradition. The Z4 M40i "DÄHLer competition line" is not just an eye-catcher, but an extensively optimized curve chaser.

Dähler provided an additional performance cure to the factory-installed engine - in the series: 250 kW (340 hp), 500 Nm (lb-ft 369) - and extracted everything out of the engine, and the entire vehicle, whatever furnishes sense and most fun.