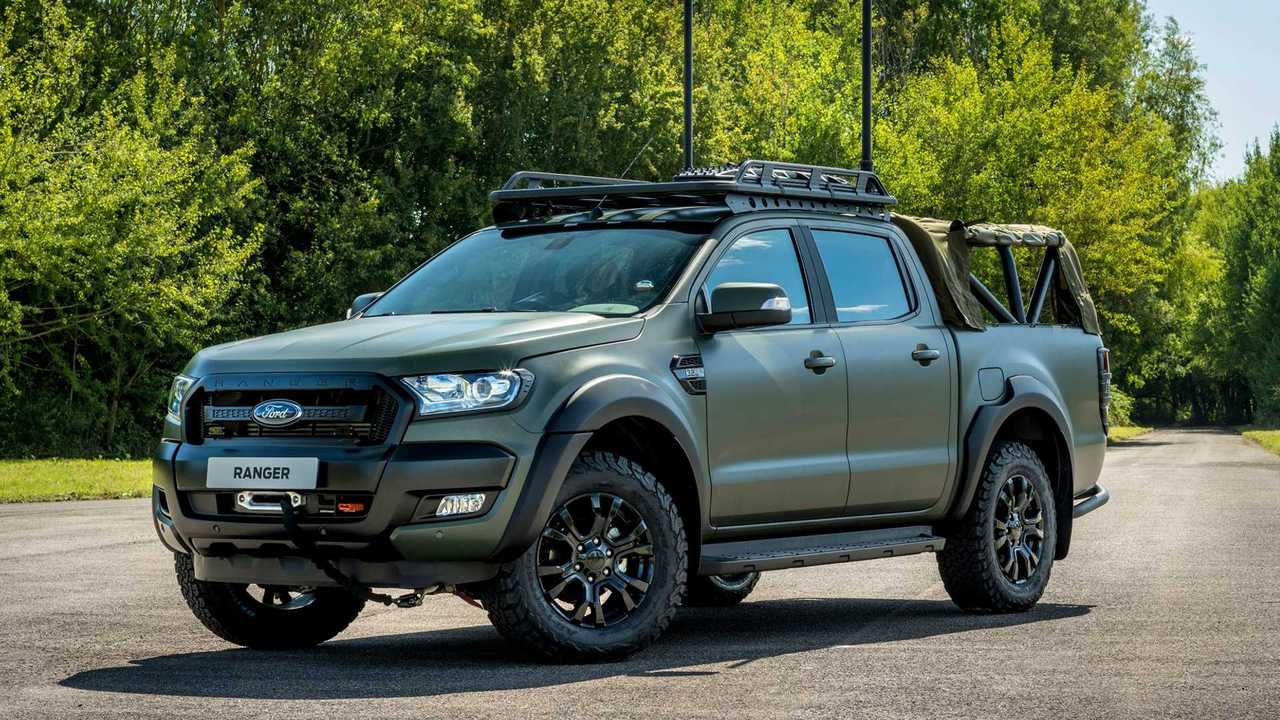 Ricardo has a longstanding and well-deserved reputation for the creation of high quality, cost-effective special vehicles for the world’s armed forces, based both on bespoke concepts and on the adaptation of existing automotive platforms to meet the required level of robustness and in-field serviceability. The company was responsible, for example, for the design and construction of a fleet of WMIK light attack Land Rovers and the all-new Foxhound vehicles, both of which are in successful ongoing use by the British Army.

Ricardo’s modification/adaptation demonstrates a militarized adaptation of Ford’s Ranger product, to show how this workhorse of industries from construction to agriculture can offer a highly cost-effective multi-role transportation product for defence and other security-related applications. The general service Ranger concept created by Ricardo is intended to be available with a range of powertrain options, including Ford’s powerful and refined 213 PS 2.0-litre EcoBlue Bi-turbo diesel powertrain, which produces 500 Nm of torque for excellent load-hauling capability. This is mated to an advanced new 10-speed automatic transmission for easy, economical driving.

Key features of the adaptation designed by Ricardo include options for a rollover protection system; a ring mounted weapon system, similar to that used in the WMIK; an armoured ballistic underfloor and armoured glass; lightweight but heavy-duty front and rear bumpers; skid plates for the radiator, powertrain and fuel tank; rock sliders and improved wading/fording protection; NATO IRR paint/camouflage and 4-point seat harnesses. In addition, the 24V electrical system is enhanced to provide the power requirements and EMC protection expected of modern defence vehicle applications, and the chassis can be equipped with upgraded springs, dampers, brakes, heavy-duty wheels and all-terrain tyres, offering greater ride height and more versatile towing capacity. In delivering this project Ricardo has worked closely with Polaris Government and Defense, in particular for support in the areas of onboard power management and C4i (command, control, communications, computers and intelligence) integration.


“Ricardo is pleased to have created this general service demonstrator based on the Ranger vehicle,” commented Paul Tarry, special vehicles director, Ricardo. “The adaptation of existing and well-proven automotive platforms for defence roles provides an opportunity to deliver a robust, fit-for-purpose and highly cost-effective package that is easy to maintain, benefitting as it does from an established international supply chain of parts and service. However, it is also crucial in such adaptations to engineer a solution that meets the exacting requirements of the intended applications; even the most robust of commercially available vehicles is unlikely to meet this threshold without careful, role-specific adaptation of the type that Ricardo is ideally placed to provide. The militarized Ranger that Ricardo has created with the support of Polaris Government and Defense, thus demonstrates the flexibility of this robust and versatile platform – as developed, re-engineered and re-imagined to fulfil multiple defence roles in an effective and very cost-efficient manner.”