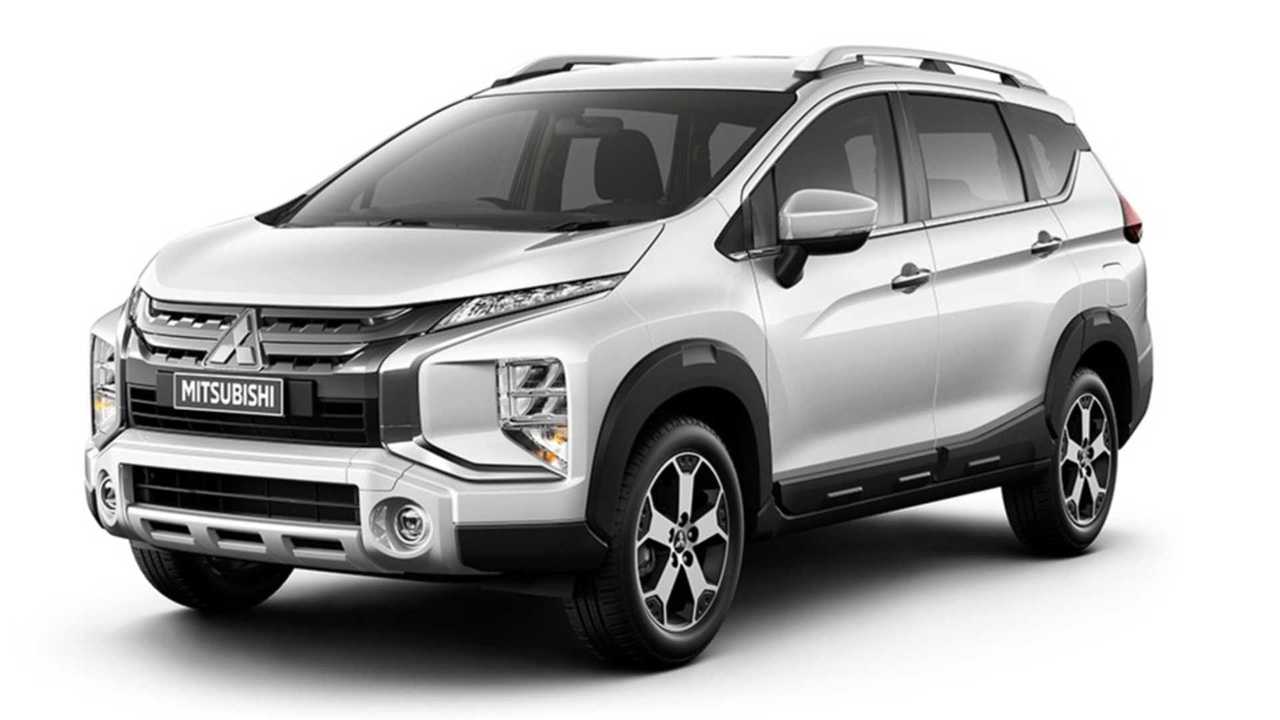 Tokyo, November 12, 2019 – MITSUBISHI MOTORS CORPORATION (MMC) today revealed an all-new crossover MPV – XPANDER CROSS - to join the XPANDER lineup. Inherited with MITSUBISHI MOTORS' SUV DNA, the new model features more robust SUV exterior styling combined with the unique strengths from multi-purpose vehicles (MPV), and will be launched in Indonesia first, then to other ASEAN markets sequentially.
XPANDER CROSS is a family-friendly crossover MPV built with solid SUV styling, comfortable and pleasant drivability, as well as a practical and versatile interior design. The vehicle is the top variant of the XPANDER lineup, which enables users to drive through a wide variety of terrains with confidence, yet without compromising on roominess and comfort from MPVs.
The standard XPANDER, which was first introduced in Indonesia in 2017, has become MMC's fourth-largest sales model in fiscal 2018, accounting for around 104,000 units. Based on the solid foundation of the multi-award winning XPANDER, MMC has brought together its expertise in tough SUVs and spacious MPVs to create the new XPANDER CROSS, which will provide new values for customers in ASEAN where style, ruggedness and practicality are in high demand.
"With the launch of XPANDER CROSS, we will expand the production capacity to prepare for increase in export," said Takao Kato, chief executive officer of MITSUBISHI MOTORS. "We are committed to contribute to the expansion of export from Indonesia, and also to the development of Indonesia economy."
Dynamic Exterior Design
The new front face features the latest version of MMC's trademark Dynamic Shield with a geometric design, which portrays the balance between dynamism and power. The robust and protective lower bumper 'skid plate' design further emphasizes an SUV image.
Headlamps and positioning lights adopt LED type to provide better visibility, a wider lighting range and a high-class look. The large front fog lamps integrated into the bumper are LED too, creating a tougher and stronger feeling of mobility.
To give a wider stance and sense of stability, the XPANDER CROSS is 50mm wider than the standard model. The characteristic SUV-style black wide wheel arches, door garnishes, and larger-profile tires with 17-inch alloy wheels add a sense of protection and emphasize the strong SUV style. It also comes with silver colored roof rails for extra loading capacity.
At the rear, a piano black tailgate garnish underneath the rear window and a larger skid plate on the lower part of the bumper enhances a tough image.
Two new colors debut on XPANDER CROSS – a high-class Graphite Gray metallic and eye-catching Sunrise Orange metallic, of which the latter is exclusive for XPANDER CROSS. Both are available with a black/brown combination interior trim with a silver mesh decoration panel - all give a sophisticated and prestigious cabin look.
Outstanding Driving Performance
Drivers comfort is leading in its class thanks to the top class stability offered by XPANDER CROSS which boasts best-in-class ground clearance of 225mm, raised by 20mm over the standard XPANDER to provide better ability on rougher or flooded roads, and also higher eye-point and clear visibility for the driver.
Power for the XPANDER CROSS is provided by MMC's latest 4A91 1.5-liter petrol engine with 4AT or 5MT, which is an enhancement of the existing 4A9 series. Improvements have enhanced quietness and fuel efficiency.
It is not only the engine which has been optimized to ensure the XPANDER CROSS offers a sense of quality and refinement. In fact, the new model is the quietest in its class (near 80% articulation index) thanks to high-performance sound absorbing and vibration blocking material.
Designed with users in mind
Not dismissing the functional aspect of a family vehicle, the Japanese "Omotenashi" – a meticulous attention to detail for every passenger – is designed throughout the cabin. XPANDER CROSS is spacious with the capability to carry seven people comfortably on the road, also best-in-class interior space and a layout that lets passengers easily enter and exit. Three passengers can sit comfortably on the wide second row seat and the vehicle also adopts a tumbling system for folding the second row seats to make access to the back row easier.
The seatbacks in the second row (60:40 split) and third row (50:50 split) can be folded down with a simple operation to arrange the seats and luggage in various combinations. For really large loads, the second and third row seats can be folded down to create a large flat storage area without bumps or gaps.
For added practicality, the armrest in second row can be folded down to allow long loads and passengers to be carried at the same time – unique in the class. Even with seven occupants taking up all of the seats, the XPANDER CROSS still has enough luggage space to hold four gallon water bottles or a standard stroller. Numerous cubby holes and compartments ensure the family's belongings are kept safe and secure.
Other XPANDER CROSS innovations which bring a new level of luxury, comfort and technology to the class include:
·  Steering wheel with tilt and telescopic adjustment
·  Cruise Control
·  Programmable exterior lighting to offer features such as Welcome and Coming Home illumination, comfort flasher and headlamp auto-OFF
·  High-contrast color instrument panel meters
·  Best-in-class air conditioning with highly effective cooling
The new XPANDER CROSS will be built in Mitsubishi Motors Krama Yudha Indonesia's facility in Cikarang, Indonesia alongside the existing XPANDER model. It will go on sale in Indonesia on November 13, 2019 before being exported to other markets throughout the ASEAN region.