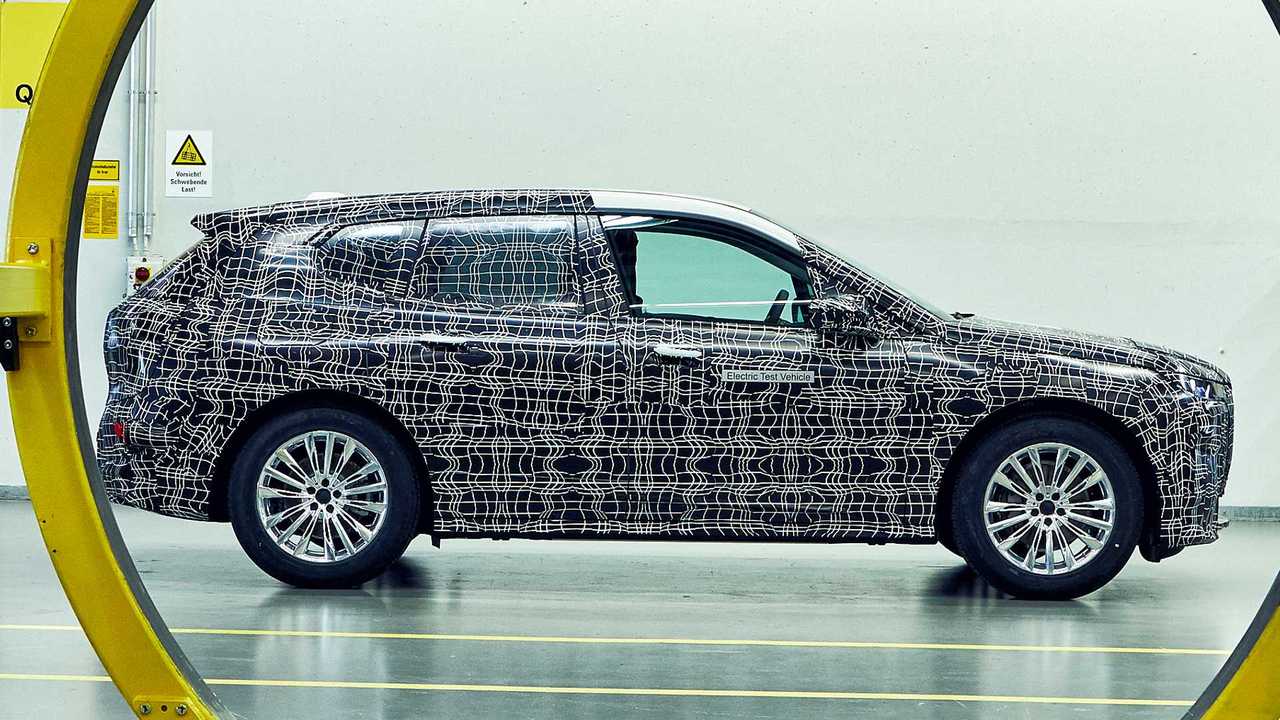 Dingolfing. The BMW Group is investing around 400 million euros in its Dingolfing vehicle plant for production of the BMW iNEXT. In doing this, it is preparing for the manufacture of pure battery-electric and highly automated BMW cars at its largest European production location.

With the launch of the BMW iNEXT in 2021, Plant Dingolfing will be capable of producing the right mix of fully-electric vehicles, plug-in hybrids and models with combustion engines to suit demand on a single assembly line. “Thanks to our flexible production structures, our plants are ideally equipped to meet the most diverse market needs,” explained Milan Nedeljkovic, member of the Board of Management BMW AG responsible for Production. “We firmly believe that, over the next few years, there will be more than just one solution worldwide for all our customers’ mobility needs. Instead, we expect to see a mix of different drive technologies.” Plug-in hybrids already make up nearly 10 percent of Dingolfing production. The BMW iNEXT will become the plant’s first pure battery-electric vehicle from 2021.

With the current investments and construction work, Plant Dingolfing is not just gearing up for the transition to e-mobility, it is also preparing for standard production of highly-automated vehicles. Milan Nedeljkovic: “As the technology in our cars grows more and more complex, system integration capabilities will become a decisive competitive advantage. With the BMW iNEXT, our Dingolfing location is demonstrating that we are capable of implementing growing product demands in efficient large-scale industrial production.”

New Dingolfing Plant Director Christoph Schröder: “The BMW iNEXT is more than just a new model. It’s a pioneer for many key automotive innovations, especially autonomous driving. It is also paving the way for further rollout of these technologies over the coming years. The current structural measures for the iNEXT will also benefit other models built in Dingolfing in the future.”

Preparations are in full swing in practically all areas. In August, production was interrupted for four weeks to allow the vehicle plant to forge ahead with various construction and remodelling activities and prepare the location for new models like the BMW iNEXT.

The body shop at the heart of the plant was geared up for the BMW iNEXT several months ago. New production lines are currently being built for the body's complex floor assembly. The plant benefits to a large extent from its years of expertise in composite and lightweight construction, as well as from structures created for the current generation of the BMW 7 Series. Production at the plant was already set up for handling an innovative mix of steel, aluminium and CFRP (carbon fibre reinforced plastic) for this model, with one of the industry's longest paint drying ovens, for example.

The BMW iNEXT can also build on many established assembly processes. The new model will be efficiently and flexibly produced on a single line with BMW 5 Series, 7 Series and 8 Series models in one of Dingolfing’s two assembly halls. However, in electrified and highly-automated vehicles like the BMW iNEXT, some work content is distributed differently throughout the manufacturing process than for conventional vehicles. In electric vehicles, certain steps in drive train or assembly installation are omitted, for instance. In other areas, more assembly work is required – for example, installing the battery and corresponding high-voltage cables. Additional sensors, cleaning systems and high-performance computers must also be installed in highly-automated vehicles. Special test stations must therefore be provided to validate these functionalities. This relocation of work content along the production line ultimately also required an extension of the assembly hall and partial restructuring. Construction work on the three-storey assembly annex began back in summer 2018. Over the months, the production lines were gradually constructed and put into operation – for example, in late August, the new “marriage” section of the line where the body and powertrain are joined together.

The BMW iNEXT not only paves the way for future technologies at the Dingolfing vehicle plant – it spans the entire site in a project that gets different parts of the plant working together in a unique way. For example, front axle supports, electric machine transmission and axles for the BMW iNEXT come from the Dingolfing Component Plant 02.10 and the Niederviehbach off-site location. Another area of the plant, Plant 02.20, is responsible for the high-voltage battery and latest-generation electric motor. As the BMW Group's global competence centre for electric drive train production, the plant is currently being massively expanded and further developed. Up to 2,000 employees are expected to work at the location in electric component production over the long term.

Dingolfing Works Council Chairman Stefan Schmid therefore sees the BMW iNEXT as a milestone on the road to future mobility and proof that the long-term shift of competence at the Lower Bavarian location is bearing fruit: “The transformation of our industry is in full swing. We in Dingolfing are right at the forefront. We are now reaping the benefits of having initiated change early on and thinking about future-oriented and competitive employment structures.”

Plant Dingolfing is one of the BMW Group’s 31 production sites worldwide. Around 1,500 BMW 3 Series, 4 Series, 5 Series, 6 Series, 7 Series and 8 Series cars are produced daily at the Dingolfing automotive plant 02.40. In 2018, the plant produced a total of nearly 330,000 vehicles. Around 18,000 employees and 800 trainees currently work at the Dingolfing location.