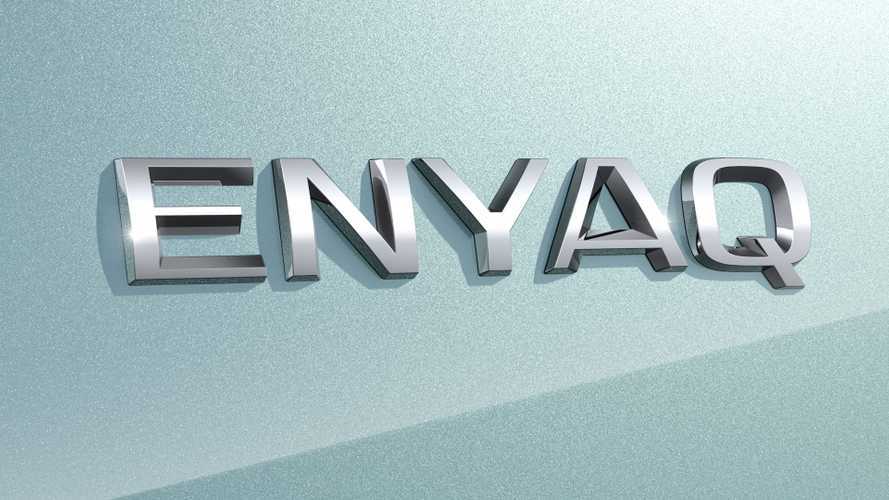 ENYAQ EXPRESSES BOTH POWER AND EFFICIENCY. WHAT’S THE STORY BEHIND THE NEW SUV’S NAME?

The new electric ŠKODA SUV under preparation will be called ENYAQ. The name is based in the Irish language and expresses the vehicle’s dynamism and efficiency. Discover what inspires the name.

The ENYAQ model opens a new chapter in the 125-year history of the ŠKODA brand. Not just by being the first ŠKODA electric car built on the MEB platform, but by launching a new family of model names.

ŠKODA SUVs have traditionally had names ending in the letter Q, and the new ŠKODA ENYAQ follows this tradition like the KAMIQ, KAROQ and KODIAQ models. But the new model’s first letter shows that this tradition is merging with the eMobility era, referenced by the letter E at the beginning of the name.

The name ENYAQ encapsulates the character of the new model. It is derived from the Irish name ENYA, which means “source of life”, which itself expresses the power of the ŠKODA ENYAQ that goes hand in hand with the temperament of an electric SUV and the passion for innovation that produced the new model.

The Irish name Enya has even deeper roots in the language. It comes from the original Irish word eithne, which can be translated as “essence”, “spirit” or “principle”. These various meanings add broader resonance to the new model’s name.

The Irish origin of the name also carries on the tradition of inspiration from rugged corners of the earth. The ŠKODA KAMIQ, KAROQ and KODIAQ models were inspired by the language of the Inuit living in Greenland and Canada, and the names for ŠKODA’s MEB-platform electric models will also be drawn from northerly regions.

Alain Favey: We want to bring eMobility to as many people as possible

The first all-electric ŠKODA on the MEB platform is an SUV – why?
It is the first ŠKODA model built as an electric car from the very beginning, which means a real breaking point for the whole company. And we also want to extend eMobility among the largest possible group of customers, thus we are aiming for this most popular car segment. The A segment where ŠKODA (model name) belongs holds the major market share of car sales in Europe. Moreover, the SUV bodytype enjoys an incredible rise in popularity among customers, especially within the A segment.  This trend is expected to continue in the coming decade.

Why do you think it’s the best time to come up with an all-electric car now?
Greenhouse gas reduction efforts, increasing environmental activism and human activities detrimental to the environment are causing new trends. People are increasingly trying to be as environmentally responsible as possible. Among other things, this leads to an increasing demand for electric vehicles, but there are still only a few of them on the market. We do not even have a direct competitor in the segment we are entering with our new electric SUV. And all this now gives us a huge advantage and the opportunity to play a significant role in this market segment.